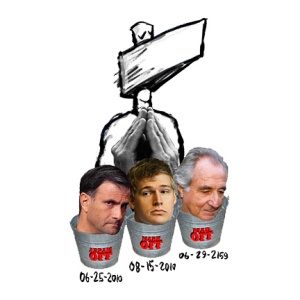 What’s with names ending in OFF? These guys deserved what they got, except maybe Markoff who never did go to trial. If you don’t recall, he succeeded, after three tries, to end his life in his cell onthe anniversary of what would have been his wedding day. And Jack Abramoff? He’s selling kosher pizza at Tov, as in Mazel, in Baltimore. And then there’s Bernie. We are waiting for his reality show, Surviving Isolation.