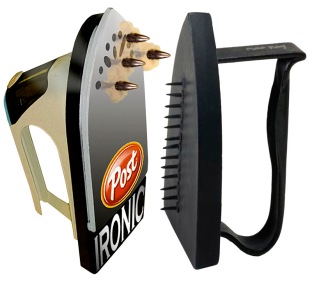 An artist AxeMan knows said,
“What are you doing here?”
“The Creator sent me,” AxeMan replied. AxeMan wondered if it was time to rethink things, like irony, which might not be so easy, given how easily The Creator sends him there. And this idea of an alter-ego; could he give me up, AxeMan wondered?AxeMan had visited a Chelsea gallery, Fredericks & Freiser, on his birthday in 2012, where a writer, Jonathon Safran Foer,  and a painter, Sam Messer, had ‘curated’ a retrospective of a faux artist named ‘S’. Did ‘S’ ever really exist except in the minds of the faux curators? AxeMan asked the gallerist if ‘S’ was an alter-alter-ego. The gallerist said, “Absolutely not. She’s an invention of the project directors.”  So the curators were not faux; they were project directors. AxeMan has been off-kilter since that engagement. He may return when The Creator gives him something to do, say, or see that is worth mentioning. Or if he thinks of something himself, like meeting up with another alter ego. (Could happen. It’s in the works).